So we all knew this day would be coming soon. It appears that Apple has started dishing out Media Invites to what we all can only assume is the iPad 3 Media Event. This is big news especially because the rumored date now definitely lines up with Apple’s invitations. How many other rumors will line up?

almost certainly where the announcement of the iPad 3 (or iPad HD, or some other name no one has guessed yet) will take place.

The Loop was another lucky recipient of an Apple invitation to the media event. The event is set to take place on March 7th, 2012 at 10AM PST. It will be held at the Yerba Buena Center for the Arts in San Francisco.

Though we can only imagine, it looks as if the Retina Display is 100% at this point due to the High-Res display on the iPad in the invitation below. 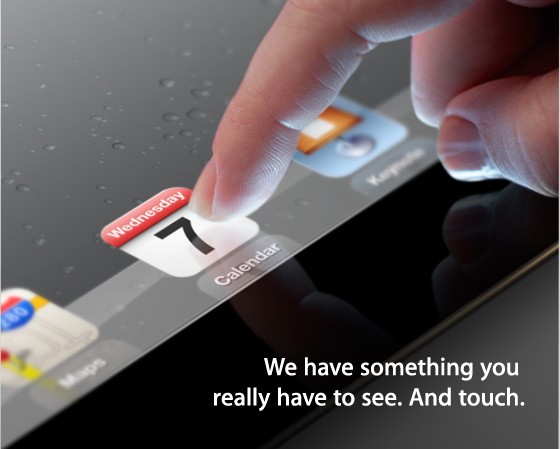 So while we don’t know everything this is the first dose of solid evidence we have on anything iPad 3 or whatever Apple chose to call the next generation tablet. Stay tuned to macmixing.com for further details and information about the new tablet the day of the Keynote.