Conservationists Hope That iOS Devices Can Help Save The Whales 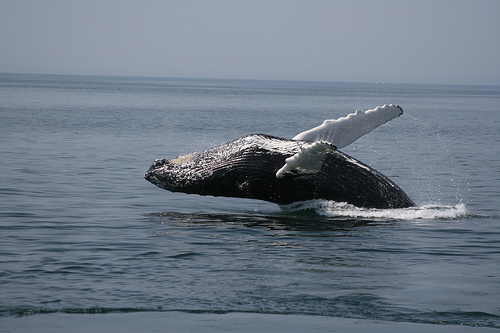 Experts in the Marine Biology field estimate that there are only 350 to 550 whales left in the world. Those that are left of the endangered species run the risk of being killed by deadly collisions with ships out at sea, but conservationists are hoping that iOS devices can help save the species from extinction.

Between the years of 1970 and 2007 one third of the whales that died were killed by collisions with large ships. If the whales are detected the ships can slow down or alter their course to avoid the collision, the only problem is that most are not detected in time.

However, EarthNC has developed a free app called Whale Alert that uses GPS to transmit the latest data concerning whale movement in the North Atlantic, so ships can identify where the whales are and decrease their chances of collision.

According to Patrick Ramage, Director at the International Fund For Animal Welfare:

Right whales are an iconic species for those who live on the coast of Massachusetts and the Northeast US. In a region where for generations New Englanders have harnessed technology to find whales and kill them.

Now, in the 21st century, we are harnessing technology to find them and save them.

Just another great example of how Apple’s iOS devices are being used for good.