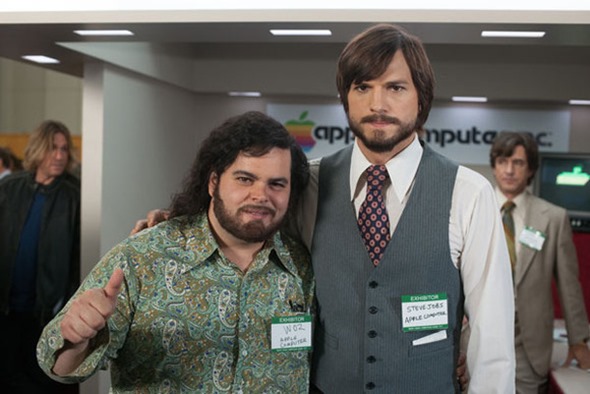 There’s a new video clip out from the “JOBS” movie starring Ashton Kutcher. This is the first clip we’ve seen and it gives a little taste of what the movie may be like. The “JOBS” movie will be in theaters on Aprile 19, 2013.

This clip is courtesy of ETonline.com:

In the clip, Jobs (played by Ashton Kutcher) is raving about the operating system that Apple co-founder Steve Wozniak (played by Josh Gad) created. While Jobs is certain that this will become a ubiquitous product for mass consumption, Wozniak needs convincing.

“Nobody wants to buy a computer,” says Wozniak.

“How does somebody know what they want if they’ve never even seen it?” Jobs replies.

You can watch the clip below:

Can’t see the clip? That’s because it’s Flash-based and you’re on an iOS device. 🙁 Click here to watch the iOS friendly version.