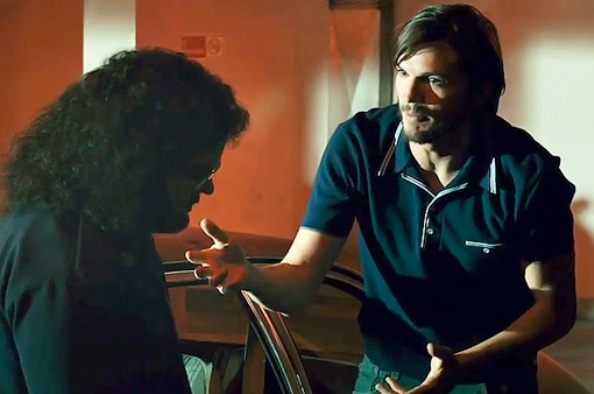 Yesterday, a new video clip for the Ashton Kutcher movie “JOBS” was released. The mini trailer was Steve Jobs attempting to convince Steve Wozniak that building and selling a personal computer would change everything. According to the real Steve Wozniak, this scene never happened. Good old Hollywood, right?

Apparently the scene is completely made up. Wozniak recently sent an email to Gizmodo explaining his embarrassment:

Totally wrong. Personalities and where the ideas of computers affecting society did not come from Jobs. They inspired me and were widely spoken at the Homebrew Computer Club. Steve came back from Oregon and came to a club meeting and didn’t start talking about this great social impact. His idea was to make a $20 PC board and sell it for $40 to help people at the club build the computer I’d given away … Our relationship was so different than what was portrayed. I’m embarrassed but if the movie is fun and entertaining, all the better. Anyone who reads my book iWoz can get a clearer picture.

If you haven’t seen the clip yet, take a look at the video below: