Apple’s Store Goes Down Just Hours Ahead Of WWDC Keynote 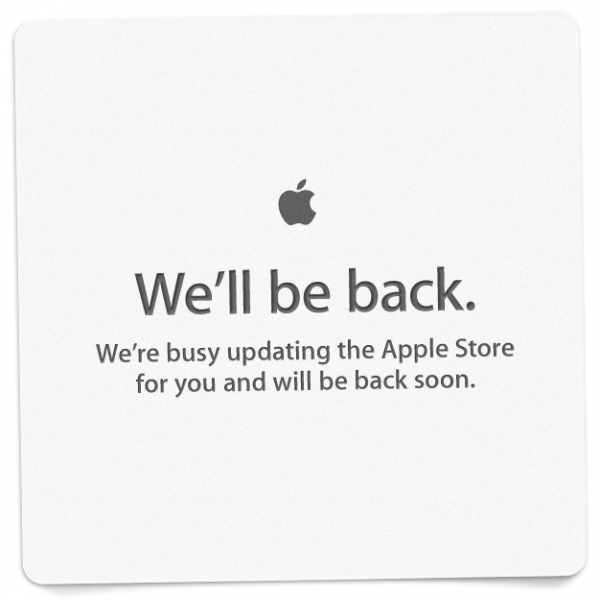 Apple has taken their store offline just hours before the keynote speech at the WWDC in San Fransisco. Are you getting excited yet?

As the big event approaches there have been specs released of Apple’s new Macbook’s, indicating that Macbook Air’s will come with 4GB/8GB Ram flavors as well as a 512GB SSD option. SSD in the new Macbook Air’s SATA3 and some of them are even rumored to be based on Samsung’s lighning fast 830 series.

Also a last minute leak by 9to5Mac claims that Retina Macbook’s will include the following models:

In addition to the Mac- specific refreshes, Apple is also expected to introduce iOS 6 along with 3D-Maps, and availability information for OS X Mountian Lion.

Stay Tuned for our Live Coverage of the WWDC 2012 keynote! Everything you need to know about iOS 6, the new MacBooks, and all things WWDC!