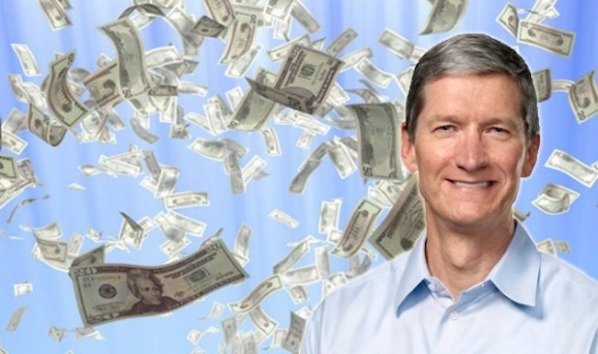 Apple’s Q1 2013 earnings call happened yesterday afternoon and to no surprise, they completely dominated sales across most all product lines. Apple reported the largest corporate earnings year in the history of, well, anything.

Tim Cook had a few things to say about the results:

“We’re thrilled with record revenue of over $54 billion and sales of over 75 million iOS devices in a single quarter,” said Tim Cook, Apple’s CEO. “We’re very confident in our product pipeline as we continue to focus on innovation and making the best products in the world.”

“We’re pleased to have generated over $23 billion in cash flow from operations during the quarter,” said Peter Oppenheimer, Apple’s CFO. “We established new all-time quarterly records for iPhone and iPad sales, significantly broadened our ecosystem, and generated Apple’s highest quarterly revenue ever.”

Oddly enough, after announcing the largest earnings in human history and a massive quarter, Apple’s stock is down 10% this morning. How does that work?

Check out the entire earnings call in the video below: