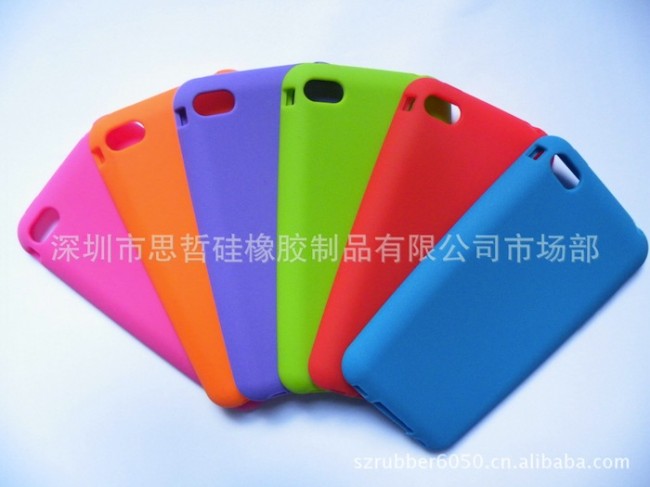 I wasn’t joking when I said there were some fresh rumors floating around. Reports are in that the new iPhone or iPhone 5 will have a complete design overhaul. The new design is said to look similar to the unibody style of Apple‘s current generation MacBooks.

Apparently, the photo above is that of some new iPhone cases which surfaced last year after the 4S was released. Personalyl I thin kthose look like iPod Touch cases, but it is interesting that there are two openings at the bottom. Which is usually where we would see the headphone jack on an iPod Touch. But I’d take these pictures with a grain of salt.

Analyst Brian J. White with Topeka Capital Markets issued a note to investors on Monday highlighting details he picked up on a tour of suppliers in China and Taiwan. During his visit, he was given the sense that some suppliers will begin production in June of certain components of Apple’s sixth-generation iPhone, setting up for a product launch in the fall.

He believes the next iPhone will have a larger screen, which he sees as being 4 inches. He also expects the device will have high-speed 4G LTE connectivity

Topeka believes the launch of the new iPhone will push Apple’s stock upwards of $1,001!  With the release of a new iPhone, a new iPod Touch, the Ivy Bridge MacBook line, and a TV set, this year could be insane for Apple and the technology world!

I’m excited to see what’s around the corner! Are you?