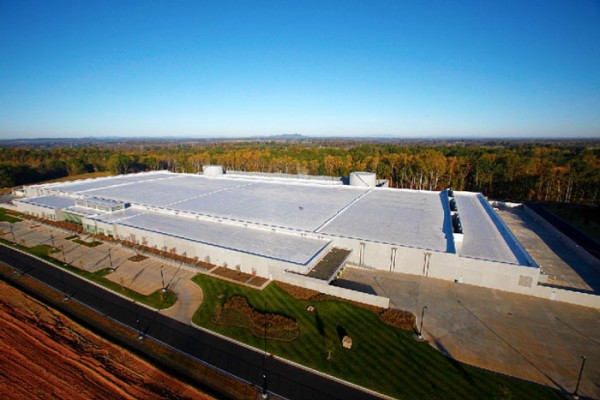 Apple announced earlier today that all of it’s data centers will be powered by 100% renewable energy by the end of the year. The announcement comes on the heels of a report released by environmental activist group Greenpeace last month that condemned the Cupertino-based company for their use of coal-powered energy at it’s data-supercenter plant in Maiden, North Carolina…

Apple’s data-supercenter in Maiden, North Carolina was created to power the iCloud. In their report last month Greenpeace went as far as to call iCloud “the dirtiest thing on the internet.” Greenpeace’s report was followed up just a day later by a protest on top of Apple’s European headquarters in Cork, Ireland where they placed signs on the building with the letters spelling out “clean our cloud.”

60% of the renewable energy powering Apple’s data centers will be created on site, while the other 40% will be generated through negotiations with local energy providers like Duke Energy.

“Apple’s announcement today is a great sign that Apple is taking seriously the hundreds of thousands of its customers who have asked for an iCloud powered by clean energy, not dirty coal. Apple’s doubling of its solar capacity and investment in local renewable energy are key steps to creating a cleaner iCloud. Greenpeace and Apple’s customers look forward to hearing more detail about how Apple plans to fulfill its commitment to renewable energy for its North Carolina and Oregon data centers. Apple is still one of Duke Energy’s largest customers, and will have to demand Duke provide the clean energy it needs to legitimately claim the iCloud is 100% powered by renewable energy.”