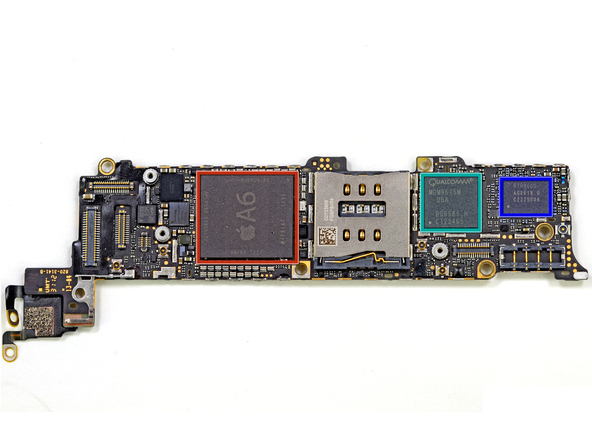 Apple wasn’t joking when they said the iPhone 5’s A6 processor was powerful. Designed by Apple, the A6 has twice the performance over the A5, and there’s a good reason why.

According to the teardown from iFixit and Chipworks, the chip has a custom design that was manually laid out on the die. This is actually more expensive and time consuming to manufacture than an auto-layout.

– When compared to the rigid, efficient layout of the GPU cores directly below it, the layout of the ARM cores looks a little homespun—at first.

– Generally, logic blocks are automagically laid out with the use of advanced computer software. However, it looks like the ARM core blocks were laid out manually—as in, by hand.

– A manual layout will usually result in faster processing speeds, but it is much more expensive and time consuming.

– The manual layout of the ARM processors lends much credence to the rumor that Apple designed a custom processor of the same caliber as the all-new Cortex-A15, and it just might be the only manual layout in a chip to hit the market in several years. 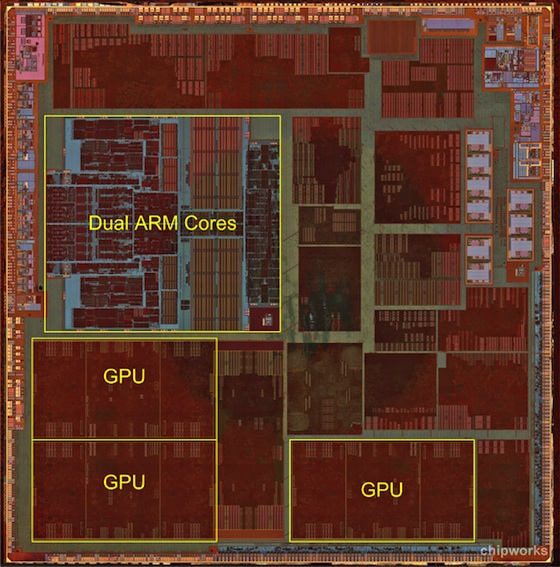 The report also takes a look into the die, where it confirms that the A6 is manufactured using Samsung’s 32-nanometer HKMG process that was trialled earlier this year with the A5 that made its way into the third-generation Apple TV and the revised iPad 2.

Triple-core graphics? Wow Apple that’s pretty ridiculous for a phone. But I guess that really doesn’t matter to them. They always like to puch out the best possible, ground breaking devices they can.

A6 processor iphone 5 the new iphone
Share this Story