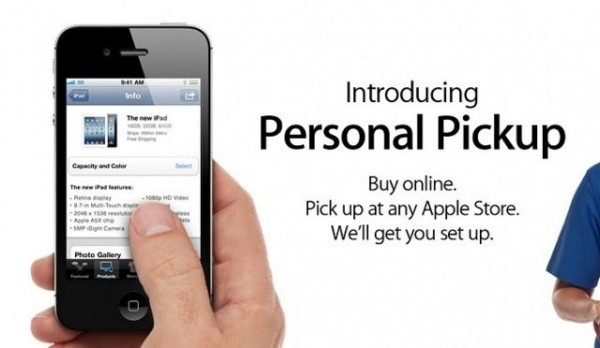 Want an iPhone 5 without the wait? You may be able to order one for pickup from the Apple Store online, starting tonight at 10 p.m. PDT. Just place an order and waltz on into an Apple Store the next day…

According to AppleInsider, this program is available for those purchasing in the U.S. as it’s been available in other countries prior to now:

An announcement about the policy change was reportedly made internally to Apple’s employees on Monday. Word then began spreading as the day went on.

For now, Apple’s website still says that iPhone 5 purchases are available on a first-come, first-served basis. In contrast, customers in other countries, such as the U.K., have the option to reserve an iPhone 5 and pick it up the next day at an Apple retail store.

Pretty cool deal though, Apple. It’s great because the Apple Store receives much more stock than any other retailer, so maybe you’ll get your hands on an iPhone 5 sooner than expected.