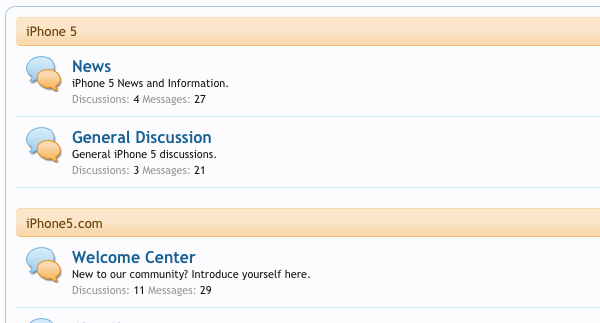 With the release of “the New iPad“, Apple threw everyone a curve ball and changed their entire naming scheme. Everyone anticipated an iPad 3 but was ultimately shocked when the next generation tablet was released. Since that time we’ve all assumed Apple would be calling their next generation smartphone, “the New iPhone“.

Apple may have different plans…

iPhone5.com is currently a small  forum that doesn’t look like it gets much attention. Apple is notorious for grabbing up domains that could possibly be confusing to users or include their trademarks. It looks like Apple has filed a claim with the World Intellectual Property Organization (WIPO) to take ownership of iPhone5.com.

Interestingly enough, Apple did the same for iPhone4s.com but didn’t actually acquire ownership of the domain until a year after the iPhone 4S was released. Case number D2012-0951 is currently open on the WIPO website and Apple probably hopes to gain ownership of the domain before their anticipated Fall release of the new iPhone.

It’s also notable that Apple doesn’t own iPhone6.com or iPhone7.com.

I wouldn’t jump to conclusions, but it sure looks like Apple is trying to protect some trademarks.