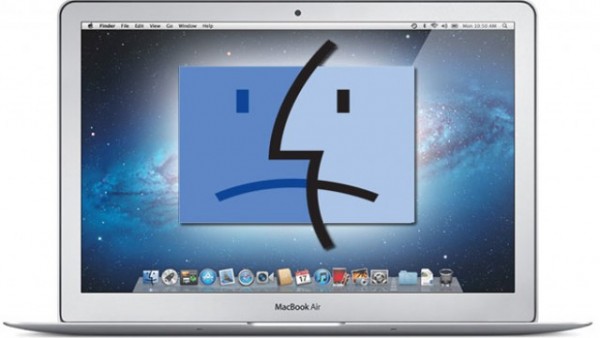 Since the beginning it was the consensus that Macs just don’t get viruses. Apple has used the lack of infections in many marketing campaigns to influence consumers in buying a Mac over a PC. As we all found out a couple months back from the Flashback Trojan that infected over 600,000 Macs, this no longer rings true…

Reported by Computerworld Australia, Sophos security expert Graham Cluley made a blog post on Apple’s recent change in security wording on the “Why you’ll love a Mac” page page on their website. Apple quietly changed the wording in order to not give consumers the wrong idea.

Apple removed the previous statement “It doesn’t get PC viruses” and replaced it with “It’s built to be safe,” and “Safeguard your data. By doing nothing” with “Safety. Built in.” […]

In addition to changing its marketing messages, Apple has released a security guide for the iPhone operating system iOS and announced in February that OS X 10.8, or Mountain Lion, would include a new feature called Gatekeeper that would restrict which applications users can install on their devices.

Check out the comparison between the two website versions: 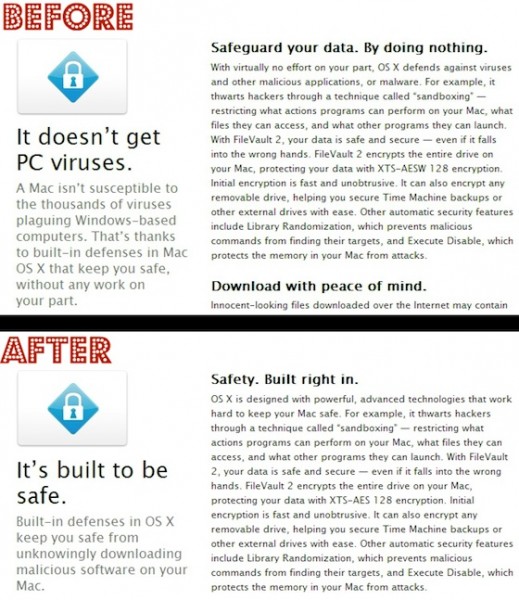 Since the 600,000+ Flashback Trojan attack on Macs across the world, Apple has been doubling down on their security flaws hoping to ensure a safe future for OS X. Meanwhile, they’ve felt the need to remove the “virus free” language of their marketing page for Mac.

I think it’s safe to say this was a smart move on Apple’s half. Macs may have the safest OS as far as viruses go, but as we learned it’s not impossible. Hopefully they’ll have OS X under control from here on out in order to prevent any other attacks.