Analyst Expects Apple To Sell One Million iPad’s On Friday 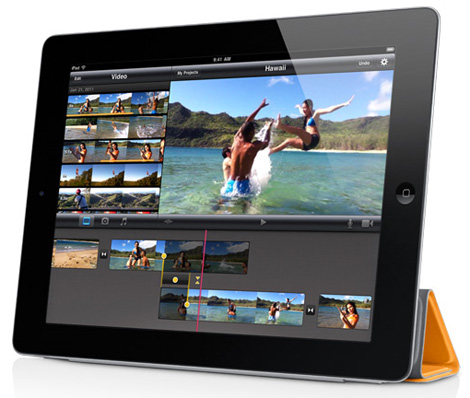 It’s looks like Friday is going to be another record breaking day for Apple.  According to Business Insider analyst Gene Munster he expects the Cupertino based company to sell a cool one million iPads during Friday’s launch.

“That said, even if iPad sales are less than 10 (million) in (the March quarter), we see it as a win-win given investors will attribute the miss to a slowdown ahead of the new iPad and start to anticipate a strong rebound in the June-12 quarter,” Munster wrote.

Let’s say for fun that the average price of the new iPad is going to be $600.  That means that if Apple sells the projected one million iPads on Friday, that would be $600 million in revenue on one day for one product! That is a lot of cheddar in one day.

Apple has already sold 55 million iPads to date.  Some analysts even believe that Apple could break  100 million iPads sold by the end of the year.  A 100 million seems to be a bit of a stretch but if anybody has mastered the art of making the impossible possible it’s Apple.

The specs on the new iPad are pretty impressive.  A crystal clear retina display which holds more pixels than your HD TV, a new camera, upgraded A5x dual-core processor with quad-core graphics, 5 megapixel camera, larger battery, and a complimentary LTE chip. Pretty stunning!  Personally I can’t wait and supposedly,  neither can 999,999 other people out there.

How about you?  Are you one of the 999,999 other people out there expected to pick up an iPad on Friday?