Activision’s Pitfall! Is Back After 30 Years, Returns As iOS Game 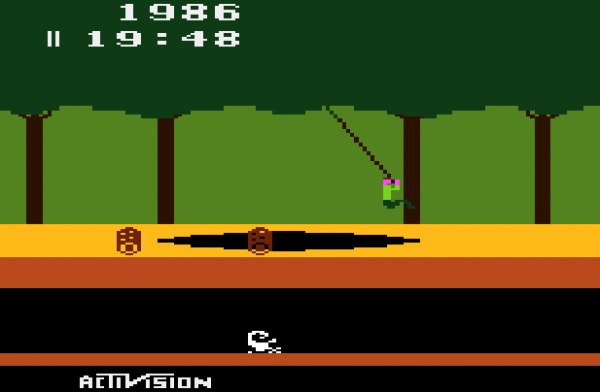 Remember Atari? If you’re old enough to have had one of those monstrous beasts, I’m sure you remember the classic jungle-runner Pitfall! Well it’s back after 30 years and has taken the form of an iOS game…

That’s right, all you jungle-swinging addicts can now rejoice! Pitfall! has returned as an all new 3D iOS game. The old 1982 free-runner classic has a new lease on life and is ready to take the App Store by storm.

Here’s a description of Pitfall! for iOS:

Escape the wrath of an angry volcano while collecting ancient treasures in PITFALL!, an adrenaline-fueled, free-running adventure set in a deadly jungle with twists and turns that will always keep you on your toes. As the iconic Pitfall Harry, test your skills by racing through jungles, caves and native villages while avoiding death-defying obstacles such as fiery volcanic flames, tumbling ancient artifacts, and narrow cliff side pathways. Challenge your reflexes by jumping, sliding, and using your deadly whip to take out classic PITFALL! foes like rattlesnakes and scorpions while avoiding the death grip of a crocodile’s jaw as you swing across ravines. Make sure to always keep a watchful eye as danger lurks around every corner!

This new game is very similar to Temple Run and is great for people of all ages. I almost wish they had released the original Pitfall! game instead of a 3D remake. I would have loved to hook up my iCade Core and play Pitfall! with a joystick like back in the golden years of gaming.

Pitfall! is a universal game available now in the App Store for only $0.99!

Check out the video above. What do you think of the remake?