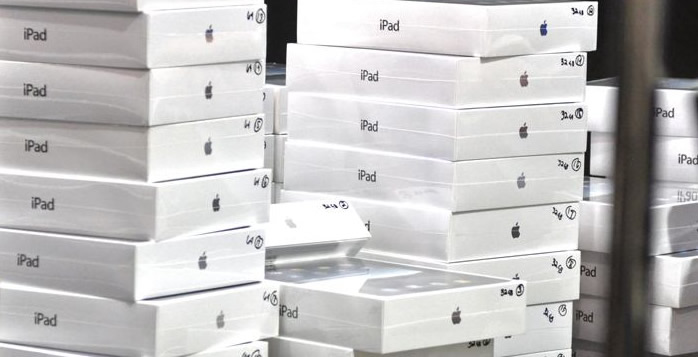 It’s only been four days since the release of the new iPad in 10 countries and already 200,000 tablets have been smuggled into China for sale on the grey market. Reportedly Chinese nationals are importing the iPads into Shenzhen, a city bordering Hong Kong.  They estimate that the smugglers are making around a $20 profit on each device.  That comes out to about 4 million dollars in lost profit for the smugglers in one seizure.  Ouch!

According to a report by CUTV translated by Tech In Asia, the iPads had been brought into China by importers that traveled over seas to purchase them.  A significant amount of the smuggled tablets are said to have come from the U.S. where pre-orders and a wider selection meant shorter lines for customers.

They grey market price for the new iPad depends on demand but some Chines customers will pay up to $1,580 to get their hands on the tablet early.  Over time that price should drop to around $80 about the official retail price.

The new iPad is expected to make it’s way into China legally in the next few months, where they should have the opportunity to buy direct from Apple without paying an early premium.