Apple will begin selling an unlocked version of its iPhone 5 through its online store as soon as 9 PM tonight, according to our retail sources. The unlocked iPhone 5 price range will likely be $649, $749, and $849 depending on a choice of either 16GB, 32GB, or 64GB of storage.

We’re also hearing that Apple will expand its Apple Store Personal Pickup program to allow customers to reserve devices at any time of the day, not just after 10 PM.

Kind of expensive, but it’s nothing that we’re not already used to paying.

Have you been waiting for an unlocked iPhone 5? 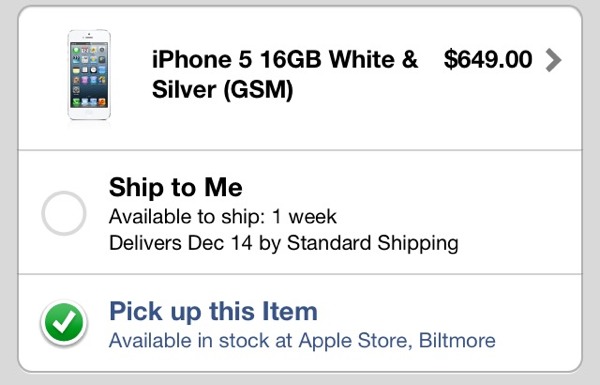 Update: Unlocked iPhone 5 models are available now. If you’re lucky, you’ll be able to pick one up in the morning! Apple shows them in stock in my area.