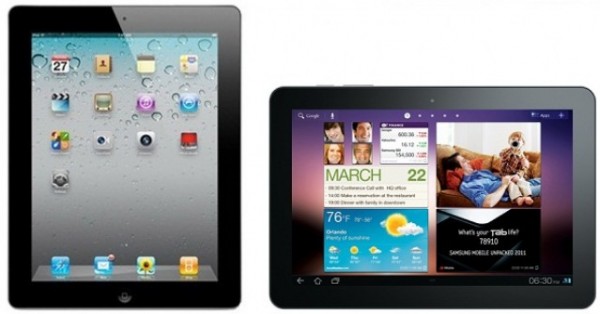 Today the  High Court of England & Wales sided with Samsung on what is considered a major blow to Apple. They’ve been fighting the Samsung Galaxy Tab patent infringement case for a while, and they may have lost this one…

Apparently Samsung’s Galaxy Tab just isn’t as cool as the iPad, but that doesn’t mean they copied Apple. The judge is certain people won’t get the two mixed up.

The Galaxy tablet doesn’t infringe Apple’s registered design, Judge Colin Birss said in a ruling today in London. He said that consumers weren’t likely to get the two tablet computers mixed up.

The Galaxy tablets “do not have the same understated and extreme simplicity which is possessed by the Apple design,” Birss said. “They are not as cool.”

In a ruling on July 9, 2012, the High Court of England & Wales sided with Samsung that the designs of the Galaxy Tab series of products are ‘different’ from an Apple tablet design, and do not infringe Apple’s Registered Community Design No. 181607-0001. Samsung products subject to this trial were the Galaxy Tab 10.1, the Galaxy Tab 8.9, and the Galaxy Tab 7.7.

Samsung had requested this voluntary trial in September 2011, in order to oppose Apple’s ongoing efforts to reduce consumer choice and innovation in the tablet market through their excessive legal claims and arguments. Apple has insisted that the three Samsung tablet products infringe several features of Apple’s design right, such as ‘slightly rounded corners,’ ‘a flat transparent surface without any ornamentation,’ and ‘a thin profile.’

However, the High Court dismissed Apple’s arguments by referring to approximately 50 examples of prior art, or designs that were previously created or patented, from before 2004. These include the Knight Ridder (1994), the Ozolin (2004), and HP’s TC1000 (2003). The court found numerous Apple design features to lack originality, and numerous identical design features to have been visible in a wide range of earlier tablet designs from before 2004.

Equally important, the court also found distinct differences between the Samsung and Apple tablet designs, which the court claimed were apparent to the naked eye. For instance, the court cited noticeable differences in the front surface design and in the thinness of the side profile. The court found the most vivid differences in the rear surface design, a part of tablets that allows designers a high degree of freedom for creativity, as there are no display panels, buttons, or any technical functions. Samsung was recognised by the court for having leveraged such conditions of the rear surface to clearly differentiate its tablet products through ‘visible detailing.’

Samsung welcomes today’s ruling by the High Court, which affirms Samsung’s commitment to protect its own intellectual property rights while respecting those of other companies. Samsung believes Apple’s excessive legal claims based on such a generic design right can harm not only the industry’s innovation as a whole, but also unduly limit consumer choice.

There’s no doubt Apple will appeal this case, but Cupertino has yet to give a statement on the matter. Stay tuned, I’m sure there’s a whole lot more that’s about to unfold.This is something they won’t let rest.

Source: Pocket-lint via Cult of Mac