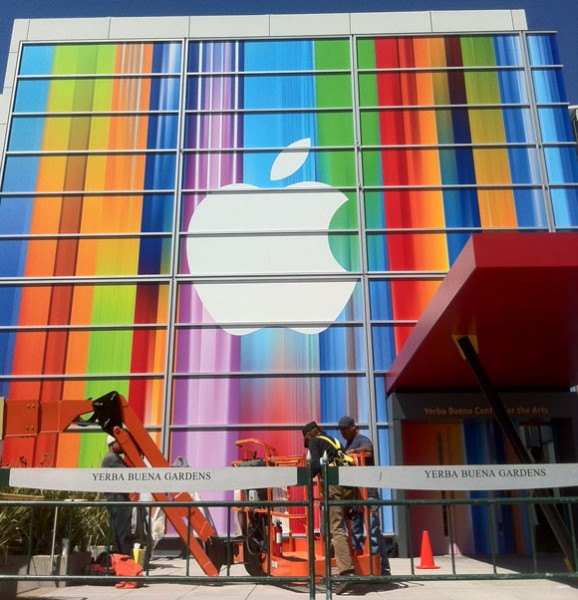 Apple began prepping the Yerba Buena Center yesterday for the iPhone event scheduled to take place next week on September 12. Like always, there’s a hidden message within these decorations. They point to a larger iPhone screen…

This really isn’t a shock due to the high volume of leaks pointing to a larger screen, but it’s definitely somewhat of a confirmation. A MacRumors reader discovered these stretched icons hidden in the artwork.

After taking the above image and skewing it and shrinking it, we’ve found he was correct, and it seems several icons are clearly recognizable in their un-stretched form.

The icons included in the image are Game Center (which appears upside down), iTunes, Music and part of the App Store. When you look at the direct comparison, in my opinion, there’s no doubt that those icons are present in their stretched out form on the front of the Yerba Buena Center.

So I guess the rumors are correct. Yes and no, either way I won’t believe a thing until Apple confirms it on Wednesday.

Very clever Apple, very clever … Do you see the icons?

Update: Here’s another take on the stretched icons from roosternugget: