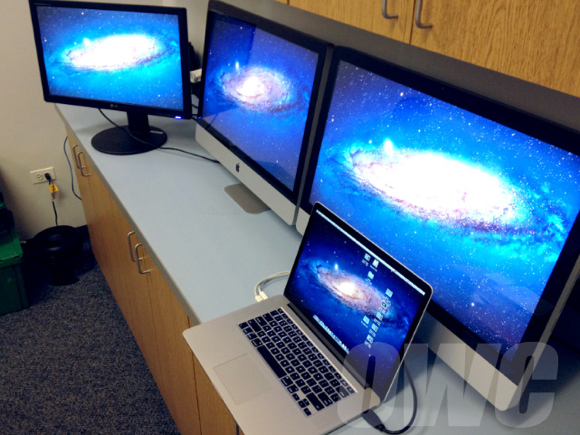 The four displays have a combined resolution of 15,680,000 pixels. OWC Mike, the writer of said post, also noted a couple details regarding performance of the four displays together:

Moving images and media didn’t create any lag and we were able to play video on all four displays simultaneously.

That’s pretty impressive. Think of all the things you could do with that much screen space, but is it necessary? I’m sure some folks into video editing could get some major use out of four displays. This was once only possible using a desktop tower such as the Mac Pro.

Apple notes this functionality in the Thunderbolt FAQs in the Support Knowledge Base:

This is just another great example showing the power this new MacBook can bring to professionals. Right out of the box your new Retina MacBook Pro is a display driving power machine!