New iPads Being Returned Due To Low Resale Value? 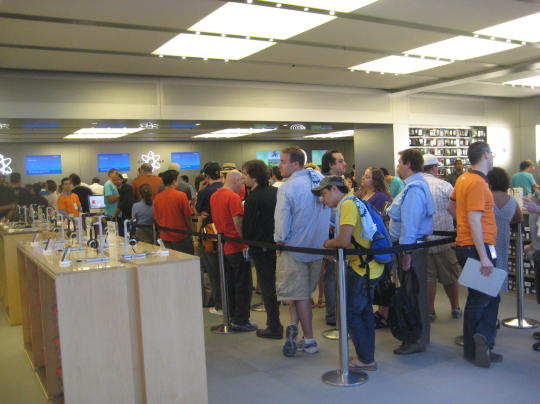 MacRumors had a tip come in Friday from a reader reporting that Chinese Resellers were returning new iPads at the Fifth Avenue Apple Store, due to a low resale value. According to the tipster, Apple had a separate line just for returns from resellers.

“Went to the Fifth Ave store near midnight today, and saw that Apple was setting up a separate line just to handle the volume of iPad returns from Chinese resellers. The manager kept the separate line to ensure that regular customer’s experience wasn’t affected. Some people were returning up to 30.”

The New York Times also weighed in on this reseller return abnormality,

They show up in the early-morning hours: Chinese men and women, waiting silently and somewhat nervously outside of Apple stores in New York. On some days the lines they form can be a block long.

These are not typical Apple fans. Instead they are participants in a complex and curious trade driven by China’s demand for Apple’s fashionable gadgets — products that are made in China in the first place and exported, only to make the long trip back.

Resellers need to maintain a certain profit margin for iPad sales, to make it worthwhile to stock them. Since Apple has done a pretty good job at keeping the new iPad “in stock” numbers at a high, people are no longer frantically search for a store that sells the next generation tablet.

This means these businesses won’t see an ROI (return on investment), due to a surplus of new iPads being widely available. As MacRumors noted, it’s a good thing Apple has a 14-day return policy that applies to any product no matter who the purchaser was.

We also have a surplus of iPads… One extra to be exact, and we’re giving it away to one lucky reader! Check out the details here!