Low-Light Shootout: iPhone 5 Versus Everyone Else 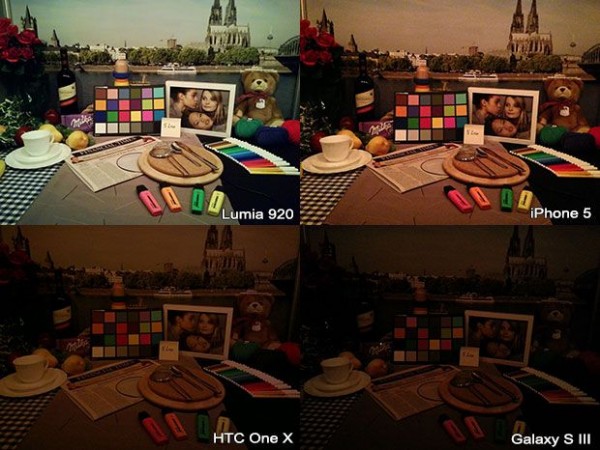 One of the standout features for the iPhone 5’s camera was it’s low-light performance. Apple claimed they had improved its ability to take low-light pictures over the 4S. What about the rest of the competition? How does the iPhone 5 compare?

Engadget recently did a low-light comparison between four major smartphones. While the iPhone 5 didn’t finish first, it’s definitely one of the best (especially over Samsung’s Galaxy S III). The photo above clearly shows the winner here.

Nokia’s Lumia 920 finished in first place, with the iPhone 5 coming in second. There’s no mistake here, the Nokia smartphone definitely takes better low-light pictures. I would expect no less from Nokia though. They make some of the best cameras on the market, so it was probably a relatively easy task to make their smartphone’s camera rock.

Surprisingly enough, even the HTC One X did a better job than Samsung’s flagship smartphone. Overall, I’ve noticed that the iPhone 5 takes some pretty decent low-light pictures. Have you given yours a shot yet?

Also, be sure and check out my iPhone 5 Versus iPhone 4S camera comparison video.

What do you think about it’s capabilities?

Source: Engadget via Cult of Mac