We’ve been hearing the Office for iOS rumors for so long that the app was almost starting to sound as mythical as an Apple TV set. It would make sense for Microsoft to release their Office apps for iOS, but any rumors were always denied by the company. Now it looks like there may be some hope.

Office Mobile will debut in the form of free apps that allow Android and iOS users to view Microsoft Office documents on the move. Like the existing SkyDrive and OneNote apps, Office Mobile will require a Microsoft account. On first launch, a Microsoft account will provide access to the basic viewing functionality in the apps. Word, PowerPoint, and Excel documents will all be supported, and edit functionality can be enabled with an Office 365 subscription.

Microsoft will allow iOS users to purchase an Office 365 subscription within the app, or let organizations distribute codes to enable Office Mobile editing for users. The apps will allow for basic editing, but we’re told this won’t go very far in attempting to replace regular full use of a desktop Office version. 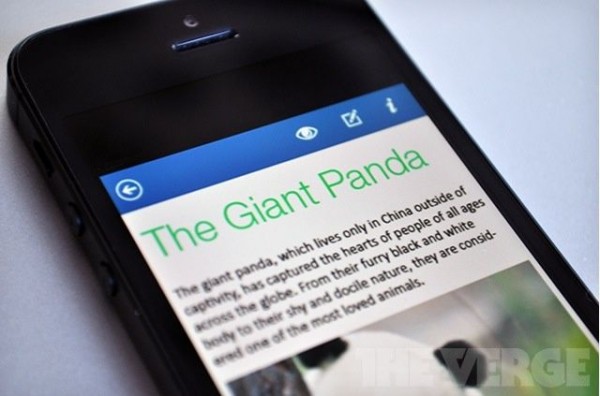 So is this definitely a confirmation? I’d say yes. The Verge reached out to Microsoft for a comment and they have finally responded with an answer:

We reached out to Microsoft for comment on this story and a company spokesperson says “Office will work across Windows Phone, iOS and Android.”

I think Office for iOS could be cool, but it seems like it may just be a waste of time and money. Why not give us a full productivity suite for iOS? Most of these Office replacements miss the mark, surely Microsoft could do better than “basic editing” apps.