Does Apple Want To Bring Cable To Apple TV? 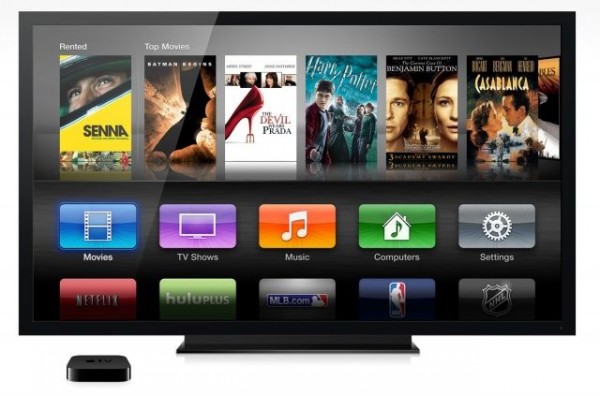 The future of Apple TV is upon us. A new report is out claiming that Apple is in big talks with major cable providers in hopes to bring more “TV” to Apple TV…

It’s been rumored that Apple was trying to work with cable providers for an upcoming TV set. But this new report says that Apple may be looking down this road for your favorite set top box, Apple TV.

According to The Wall Street Journal:

Apple is in talks with some of the biggest U.S. cable operators about letting consumers use an Apple device as a set-top box for live television and other content, according to people familiar with the matter.

The talks represent Apple’s most ambitious crack at infiltrating the living room after years of trying.

Apple doesn’t appear to have reached a deal with any cable operators. One obstacle may be the reluctance of operators to let Apple establish a foothold in the television business.

Will this be the future of Apple TV? Maybe Apple has plans to change our living room and let us ditch those bulky DVRs. Add some cloud space into the mix and you have yourself a live cable box with DVR capabilities.

Even a recently approved patent shows Apple’s plans for a DVR-like cable box. Maybe this is something that could become a reality.

Source: The Wall Street Journal via Cult of Mac