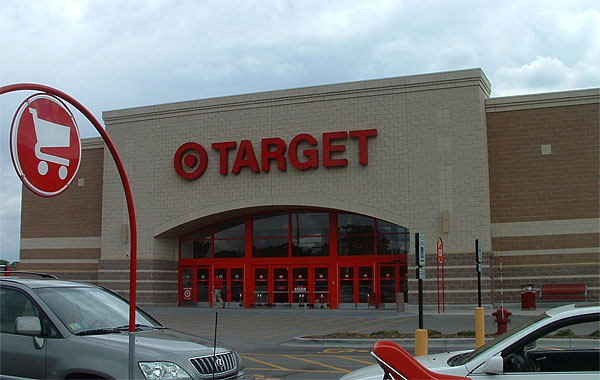 Target began selling Kindles back in 2010 and has been a very profitable product for the major retail chain. The Kindle was even Target’s best-selling product on Black Friday last year. It looks like all this is changing to possibly favor of the new iPad. Due to a “conflict of interest,” Target has decided to no longer carry the Kindle…

Some are saying this may be a ploy to boost sales of iOS devices. As the iPad market grows, Target may be aiming to only sell Apple products in hopes of conforming to the popularity of the third generation tablet. 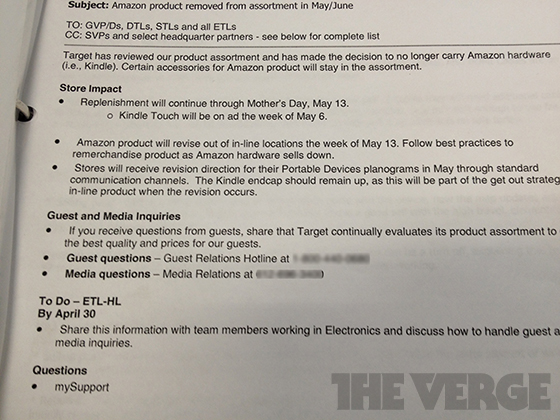 According to The Verge,

the company will be removing Amazon hardware from its locations starting this month. Certain accessories will remain in stock, but shipments of Kindles themselves will cease as of May 13th.

Target has reviewed our product assortment and has made the decision to no longer carry Amazon hardware (i.e., Kindle). Certain accessories for Amazon product [sic] will stay in the assortment.

Many are very curious as to what this “conflict of interest” may be. Could Target be gearing up to launch their own e-reader? I mean the new iPad is great, but it just doesn’t make sense that they could replace the low-cost price of Kindles with the $499 starting price tag of an iPad. Maybe this could be insight to the iPad Mini rumors. If Target isn’t putting out an e-reader they’re going to need something around a Kindle’s price-point to replace the Amazon e-reader with.

Rumors of a smaller iPad have been surfacing a lot lately. This could be a finger pointing to the confirmation that Apple may be releasing a mini iPad. Or Target could just be in love with Apple like the rest of us.

What do you think Target is up to?