Cargo-Bot The First iPad Game Made On The iPad 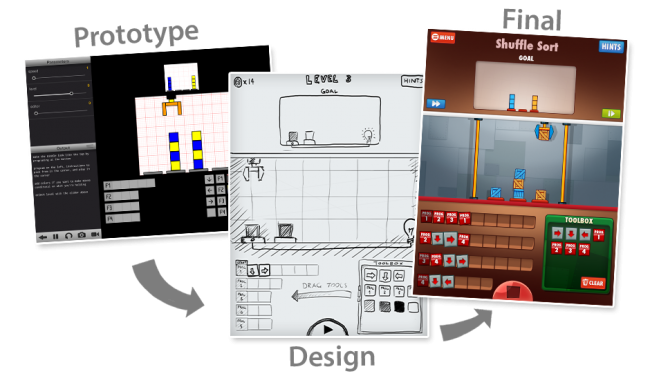 Developers Two Lives Left has just published a new game for the iPad called Cargo-Bot which they are claiming is the first iPad game created on an iPad. Two Lives Left says that they used Codea, which is said to be “the Garage Band of coding software”, to develop the game. In the game itself users must teach a robot how to move crates using simple instructions. The game includes over 36 puzzles, the ability to upload puzzle solutions as Youtube clips, and retina display graphics.

While the game is great the real story is the fact that this game was created completely on the iPad. Which is awesome since the iPad has always been thought of a content consumer rather than a content creator. The original concept was created by Codea user Rui Viana and then completed and published by developers Two Lives Left.

While Codea is an awesome app it does require some pretty extensive programming knowledge, so you might want to think about that before you decide to spend the $9.99 to purchase it in the app store. That being said hopefully once the software becomes more intuitive, and the iPad becomes more powerful, people without extensive programming knowledge will be able to create their own games on the iPad.