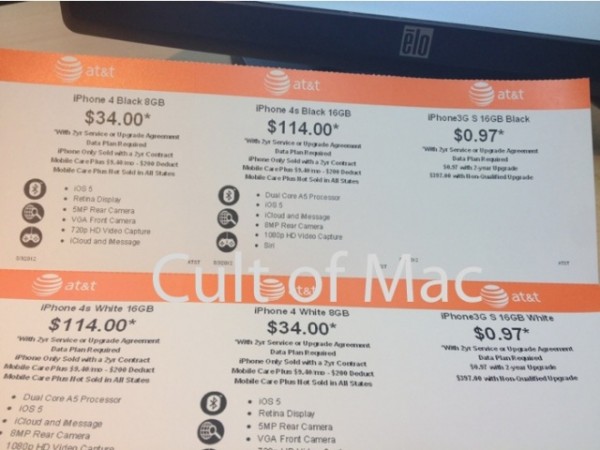 Usually before a new product release, Apple’s current generation products go on sale. Previously we’ve seen other retailers slash iPhone or iPad prices anywhere between $50 to $100. It looks like Walmart has been “rolling back” some prices of their own…

Cult of Mac reports a Walmart in Edmond, Oklahoma that has dropped the price on Apple’s iPhone 4 and iPhone 4S quite substantially. The photo above shows the iPhone 4S on sale for only $114 and the iPhone 4 (8GB) for $34. There’s no indication that Apple will be releasing a new iPhone in the next couple months so it’s interesting that the prices have been dropped so low. 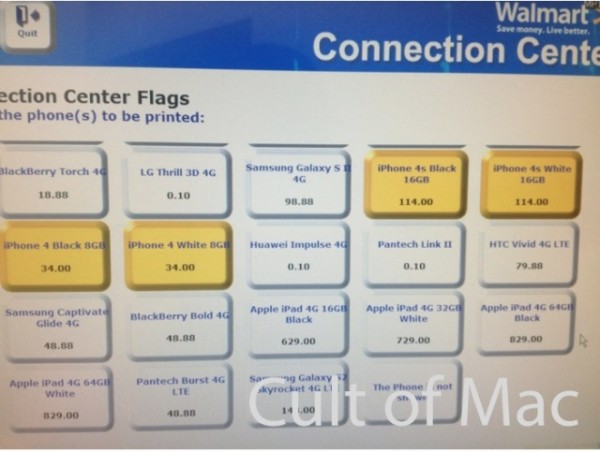 This low pricing only applies to upgrades and new activations. It has yet to be reported whether this price change is a nationwide rollout or just one specific location. Retailers set their own pricing and Cult of Mac has reached out to Walmart for a comment on this price drop. We’ll keep you posted if we hear more!

Meanwhile if you live in Edmond, Oklahoma, go get an iPhone now! I’m sure this pricing won’t last long!