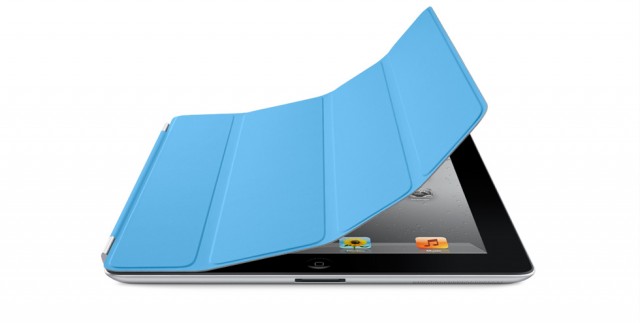 Seems like nowadays Apple can’t get a second alone without being sued. I guess that’s what you get for being awesome. A Colorado man is now suing the Cupertino-giant after accusations stating that he’s the rightful owner of a certain feature the iPad Smart Cover makes use of. Jerald Bovino filed a patent in 2005 for a “Portable Computer Case.” He has since filed a lawsuit demanding that Apple pay him royalties for the use of said feature. Personally I think his reasoning is pretty ridiculous.

Check out the patent inside…

The case design also incorporates a strap for easy transport and “a plurality of resilient ribs positioned on said exterior surface of said case wherein said resilient ribs protects said computer from wear and tear during the transporting and use of the computer.” This is where the problem starts.

According to Bovino’s complaint, the “ribs” are what infringes on his patent:

Such acts of infringement include, but are not limited to, Defendant Target’s use, sale, offering for sale and/or manufacturing of the Apple gear and iPad Smart Covers for the New iPad and the iPad 2, which covers have an infringing patented “rib”.

This patent was granted six years before the Smart Cover or even the iPad had been released. But it’s still uncertain whether or not the man’s case stands a chance against the worlds biggest company.

Source: Cult of Mac via paidContent