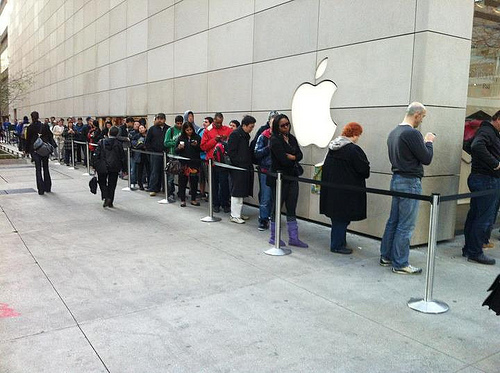 During the conference call this morning with CEO Tim Cook and CFO Peter Oppenheimer Apple’s  new dividend and share repurchase program, Cook was asked about the weekend sales for the new iPad. This seems like a reasonable question considering the third generation iPad just went on sale in 10 different countries on March 16th, and completely sold out of the pre-order stock.

While Cook didn’t give exact numbers, he did say, “We had a record (iPad) weekend, and we’re thrilled with it.” If Apple really did have a “record weekend” with the new iPad launch it’s my guess they sold over 1 million new iPads.

The iPad 2 was estimated at having sold 500,000 to 1 million during it’s initial debut. The iPad 1 was not far behind those numbers, selling a confirmed 300,000 in the first 24 hours of it’s release according to Apple. And soon enough in 28 days, hit 1 million iPad 1 sales.

If Apple is breaking records like these, the new iPad could definitely help Apple gain more leverage in the tablet market. The new iPad is definitely a worthy contender.