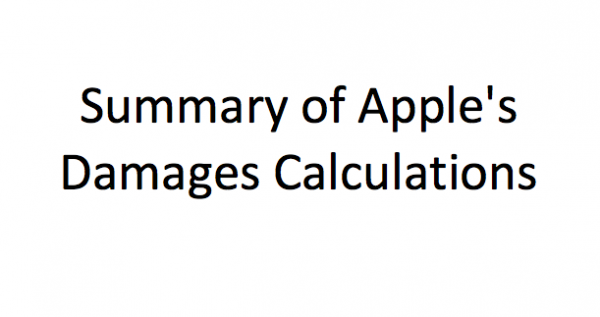 The Apple vs. Samsung case has been underway for a little while now and details have been leaked over the course of the trial. Prototypes have surfaced and it seems like Apple is doing a great job defending their claims. Now a report has been revealed showing exactly how much Apple plans on extracting from Samsung’s bank account, and it’s a lot of cash. Watch out Samsung…

In a recently revealed document, a new court filing entitled “Summary of Apple’s Damages Calculations” shows what Apple plans to gain from a potential win of the current trial involving Samsung.

The document was produced by Invotex Group, a consulting firm that specializes in calculating royalty rates for litigation. It details for different scenarios — based on profits — each with totals ranging from $2.47 billion to $2.88 billion in damages.

Check out the gallery below for full-size images. 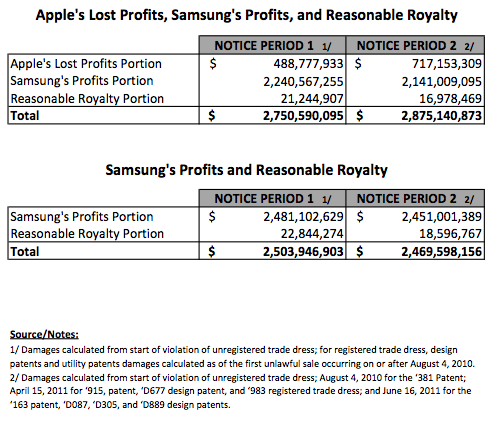 What’s even more interesting is that Apple isn’t just throwing out random demands, they’ve put together a detailed breakdown of exactly which patents and designs Samsung has infringed on ( 28 in all) over the course of their product development. 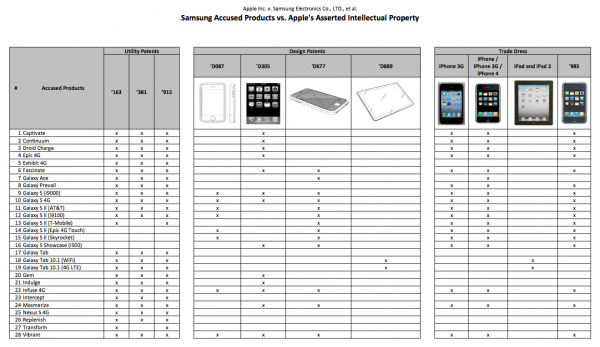 Full-size detailed image in gallery below

Samsung’s original Galaxy S smartphone seems to be the biggest perpetrator. The Samsung smartphone has violated nine patents including utility-based, trade dress, and design. Apple is asking for their reasonable share of royalties from Samsung’s profits on the Galaxy S in the amount of $21,244,907. 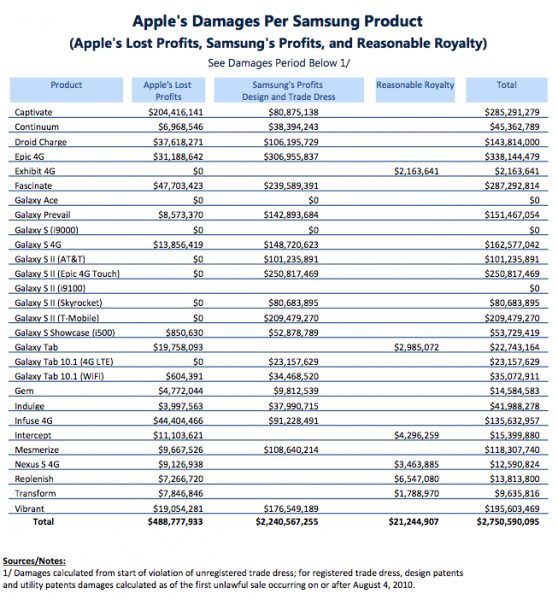 I guess Apple is taking this trial seriously. Samsung better back off the patent theft or risk becoming a slave to Apple lawsuits. If you’re curious to read over the entire document listing all of this information you can check it out here. Also check out our full coverage on the Apple vs. Samsung trial.

Do you think Apple is going overboard on this or is Samsung in the wrong? 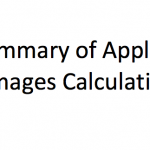 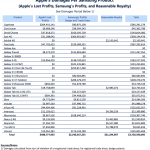 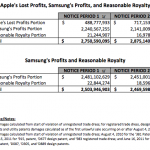 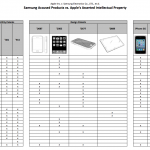 Source: Summary of Apple’s Damages Calculations via Cult of Mac