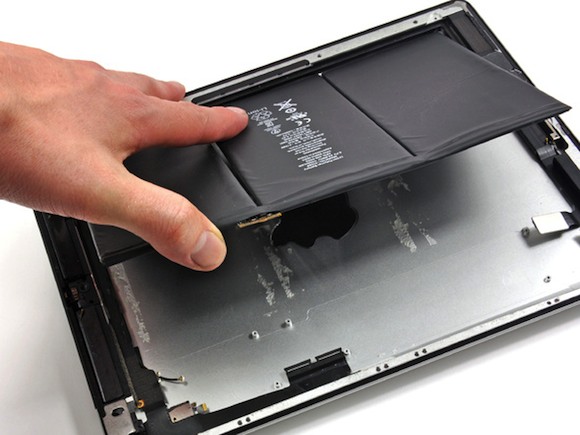 Apple announced the new iPad with many amazing features like LTE, Retina Display, and a better processor, battery life was an issue addressed during the Keynote. Apple went on to discuss how they basically revolutionized the battery, making it 70% larger in capacity while keeping it roughly the same size. It’s a pretty amazing accomplishment. While this should be a no-brainer for most of us, having a bigger capacity battery is going to mean longer charge times. This is still the case with the new iPad.

MG Siegler from Tech Crunch touches on this in his review of the new iPad:

“It appears they’ve had a fairly major breakthrough in their battery technology. While the new battery clearly isn’t much bigger than the old one, it can hold much more juice (42 watt-hours versus 25-watt-hours). The downside of this is that I’ve found it takes quite a bit longer to charge the new iPad. As in several hours — you’ll probably want to do it overnight.”

Apple has really done a good number with the new iPad including so many new and long-awaited features. We can only hope they will implement this battery technology across all their devices. This could lead to all day MacBooks or 24 Hour iPhones. Who knows… The possibilities are endless and the sky’s the limit for Apple.

Just be prepared to let your new iPad charge overnight.