The New iPad Goes On Sale In China! 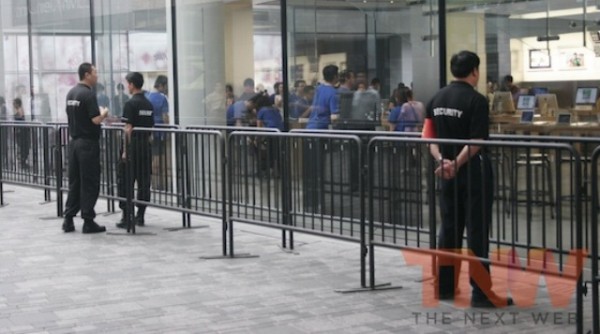 Apple’s third generation iPad went on sale today in China. This has been something in the works for quite some time. Apple had to settle the trademark issues with Proview before they could legally sell the new iPad in China…

The launch was quite and low-key. Apple’s new reservation system ensured that everything went down with minimal stress, with violent scalpers and chaotic crowds being non-existent. Finally after a four month delay, Apple lovers in China can purchase the new iPad.

The Next Web reports:

As of now, today, there is no sign of the scalper contingent, which is typically out in full force for Apple product launches in China – the computer giant’s second largest market.

According to staff at the Sanliutin Apple Store, iPad sales will continue to be reservation-only indefinitely. Customers can reserve the new iPad daily from 9am-12pm and will be assigned a pickup time for the following day or later.

I’m curious to see what the sales numbers are once everything get’s sorted out. Was selling the iPad in China worth the $60 million Apple dished out to Proview for rights to the iPad trademark? Either way, I think it’s great Apple has expanded the iPad to another country.