[Rumor] Did Best Buy Slip that a 4G iPad is Coming to Sprint? 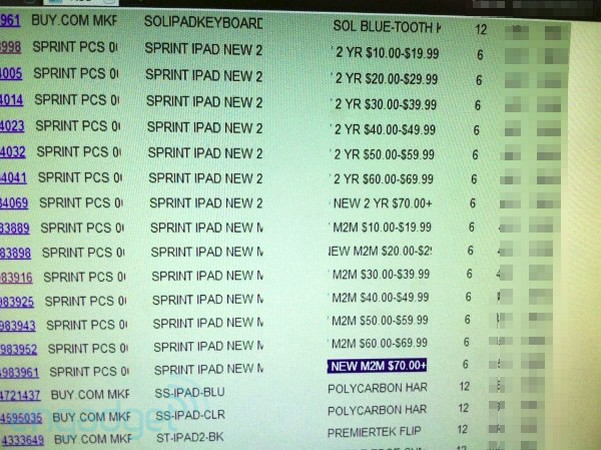 Apple released the new iPad on March 7th, 2012. The new iPad includes Retina Display, more RAM, the A5X processor, and cool upgrades like 4G LTE. But when the next generation tablet was announced, Apple only mentioned it being available on Verizon and AT&T. What about Sprint? Well the truth is, it wouldn’t make sense for Apple to not release a 4G iPad on Sprint. Sprint does offer the iPhone 4S. But is the “Now Network” ready for a 4G iPad? Well the answer is, not exactly. Spring has yet to release their expensive 4G investment to the public. And our theory is they are saving the iPad until then.

Just recently though, some screenshots have surfaced of an iPad for Sprint in Best Buy’s inventory system. While sometimes these things are jokes played by employees, it just wouldn’t make sense for Sprint not to have an iPad. So maybe the smart marketing people over at Sprint are waiting until launch day for their LTE network to announce the new iPad on Sprint. This may not happen soon but we can all put money a new 4G LTE iPad existing with Sprint at some point in the future. The thing is, Sprint has yet to release one device that runs on a 4G Network, maybe their saving the fire for the new iPad…

If your a Sprint customer, tell them to hurry up and finish their masterpiece!