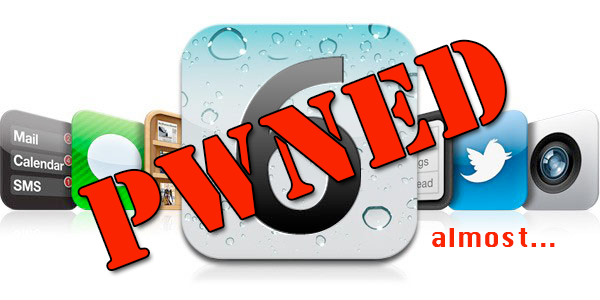 With the iOS 5.1.1 jailbreak nearing release in the next coming hours, famous iOS hackers P0sixninja, Pod2g, and Pimskeks sat down with Softpedia to discuss the possibilities of an iOS 6 jailbreak.

Apparently they already have part of it done…

In the interview with Softpedia, the guys discuss their passion for jailbreaking and that they will never stop. In fact they gave some inside info on their progress regarding the iOS 6 jailbreak. Softpedia caught up the guys in Amsterdam at the Hack in the Box conference where the iOS 5.1.1 jailbreak is expected to be released.

“We won’t give up on jailbreaking iOS devices because this is too important for us and we already have a part of the jailbreak for iOS 6 and we will be ready right on time for it,” pod2g said.

“We will not give you the exact recipe, but we have other exploits that we won’t release at any time. This is our secret. It allows us to inject stuff into new devices and to start dumping the memory. When we have the dumps, we look at different ways of finding the vulnerability,”

pod2g also goes on to explain the reverse engineering behind the teams success in jailbreaking Apple’s latest releases:

“Each member of the team works differently and this usually leads to finding vulnerabilities quickly. We find them in one month or two and then we start exploiting them. We start this process only when the final version of the system is released,” Cyril added.

“That’s why we always have a delay after the release to do a jailbreak. Because we need to be assured that what we do will work for sure, that they don’t fix it in the beta 3 or beta 4, so we start only when the release is here.”

This is pretty exciting and maybe by the time the beta is released, the guys will be able to test out the vulnerabilities and release a jailbreak with iOS 6’s official release!