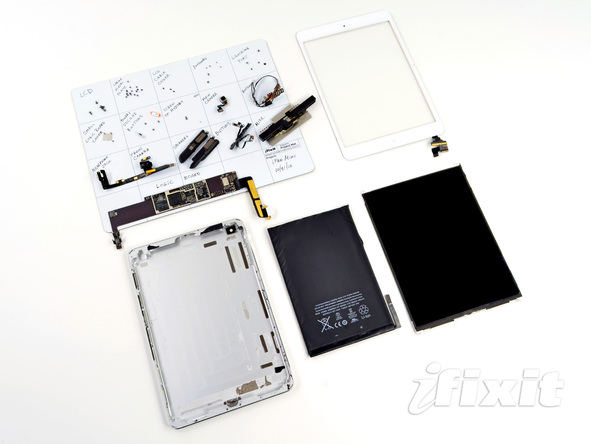 It’s that time again. Ready for another awesome iFixit teardown? This time they crack open the iPad mini to reveal all of its miniature sized component. The iPad mini was give a “repairability” scored of only 2 out of 10.

It appears that Apple used Samsung to manufacture the display for the iPad mini:

Though the markings on the back of the LCD don’t turn up much information, the Samsung display driver IC reveals that Apple once again went with Samsung in its display manufacturing.

Apple has reportedly been working to move away from Samsung as a primary supplier, so it’s somewhat surprising to see a Samsung LCD inside. With that said, Apple often relies on multiple suppliers for a single component, meaning there’s quite likely other LCD manufacturers lurking inside other iPad Minis.

Other things noted during the teardown:

Head on over to iFixit.com and check out their full teardown of the iPad mini. Also check out all of the other great  iFixit teardowns if you have a chance.