The upcoming iPad 3 is suspected to have many exciting new components such as a Retina Display, 4G LTE, and a faster processor. Many have wondered if putting all this new hardware inside the iPad would raise the pricing on the unit.

DigiTimes published an article earlier this week stating the iPad 3 would be $70-$80 more than the current model iPad 2. Many disregarded this rumor as this strays from Apple usual trend in keeping better upgraded models at the same price point.

Well according to 9to5Mac and “Mr. X” The new iPad is now expected to keep the same configurations and pricing “across the board” as the iPad 2. Though according the “Mr. X” this has no bearing on whether the iPad 3 will hold 4G LTE capabilities one way or another.

Let it be known as well that 9to5Mac has a strong track record of accurately leaking information on Apple’s devices as they did with the iPhone 4S. 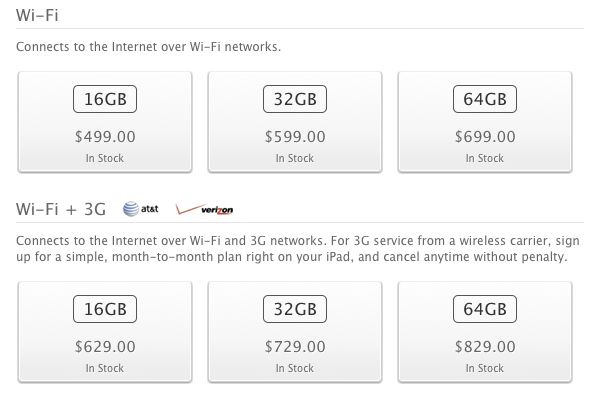