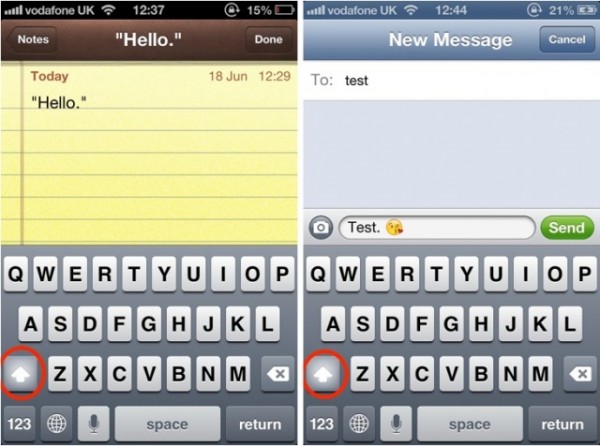 The next few months will be full of new-found features in iOS 6. While iOS 6 is not expected to release until fall, that doesn’t stop the blogosphere from uncovering every last detail of the iOS 6 beta. This new feature involves the Emoji keyboard and quotes…

Looks like iOS 6 has been school a bit in capitalization. Not really sure if this is something that’s ever bothered you, but it’s worth pointing out. Cult of Mac discovered a new feature in iOS 6 that auto-capitalizes after Emoji icons and quotes in your messages, emails, etc…

Like I said it’s nothing extremely huge and I’m not sure if you’ve ever even noticed this little fix, but I’ve ran into it a couple times in my messaging endeavors.Oh and if you’ve never seen or heard of the Emoji keyboard, check out this little tutorial on how to enable this cool keyboard in iOS.

After an Emoji icon or anything in quotations, iOS 6 will now capitalize the following first letter of your next sentence. It’s small little features like this make for an overall better experience on your device. You may not notice 10-20 little features individually but when you add them all up, they really contribute to your iOS experience.

It’s also notable that Apple has added a lot more Emoji icons in iOS 6 as well.

Does this new feature fix anything you’ve noticed?