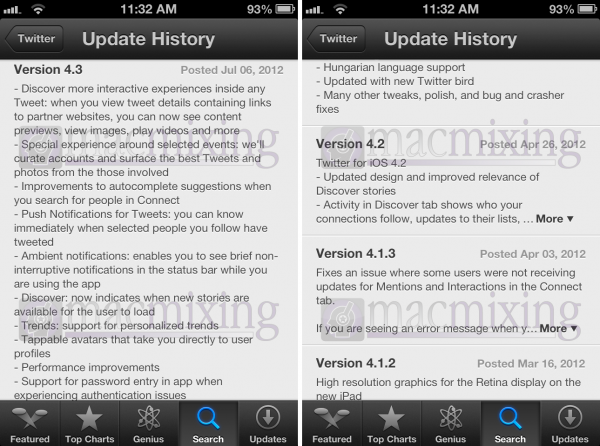 Now some would weigh this in on the side of rumors, but honestly there’s enough facts pointing to the truth. Twitter in the iOS 6 App Store recently leaked some update details for Twitter 4.3, and there are some pretty cool features coming apparently…

As you can see in the screenshot above, the update consists of many different features and add-ons. There’s really no way to tell who slipped up and let this information leak, but it’s definitely there in black and white on the iOS 6 App Store.

The features include selective Tweet Push notifications, Autocomplete improvements, content previews along with images and videos, performance improvements, and much more. 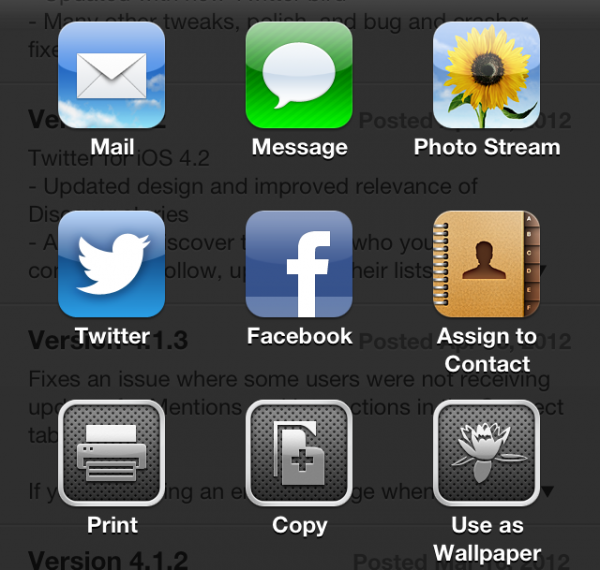 There is also going to be a brand new Twitter bird which is actually already present in the new “sharing” section in iOS 6, as seen above. If you look closely you’ll see the difference between the two icons. Actually it’s pretty darn noticeable when you put them side by side. 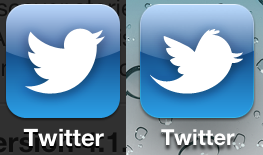 There’s no word on when this release is going to drop, but I’d imagine it will be soon based on this leak happening. Keep an eye out on your app updates and let us know if you see anything.

What do you think of the new icon?