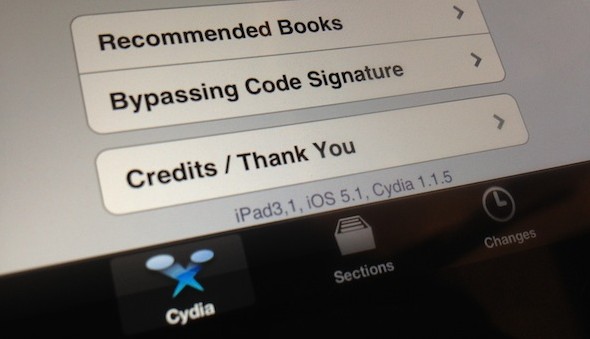 There has been a lot talk lately about when a jailbreak for A5+ devices will be available, and today your questions are answered. In a blog post this morning, pod2g announced that the anticipated jailbreak will be released in “a couple of weeks.”

The answers come in form of an FAQ about the iOS 5.1.1 jailbreak…

The FAQ below was pieced together from different questions pod2g has received:

The poll about releasing now or waiting for 6.0 ended with a 64% / 33% to release ASAP. Where is the link ? ETA ? How much % done ? etc.
As I said earlier in twitter, there’s still a lot to do to have a user friendly and well tested tool to install the jailbreak on end users devices. Expect a release in a couple of weeks.

Why is it so slow to release now that the iPad 3,1 has been demoed ?
There are 16 different devices out there to work on and to test. It takes time.

May I be a beta tester?
No, sorry. Only really trusted people (that can be counted on one hand) could have access to the jailbreak. I don’t want any leak to happen.

So it’s safe to say that upgrading to iOS 5.1.1 is okay now. Though if you’re already running an untethered jailbreak, I’d wait until the next jailbreak is released. Who’s excited?