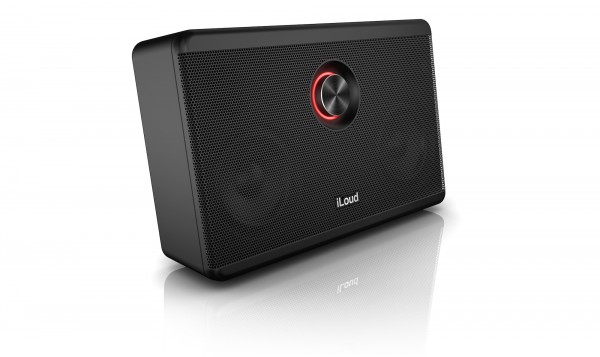 Over the last couple of years, I’ve had the opportunity to test out a large handful of Bluetooth speakers. In my opinion, most of them offered the same generic functionality with different branding. Thankfully, IK Multimedia switches it up with iLoud. Not only is this an excellent tool for musicians, it’s probably one of the best Bluetooth speakers I’ve ever used.

IK Multimedia designed iLoud with musicians in mind. Aside from its wireless audio capabilities, iLoud has a built-in iRig circuit that allows you to use it as a guitar/bass amplifier. Seriously. It’s that cool. Of course, you won’t care much for this feature if you’re not a musician, but the crystal clear audio iLoud provides is enough of a reason to purchase it.

Check out my video review of IK Multimedia’s iLoud:

Don’t get me wrong, this device isn’t all rainbows and butterflies. iLoud is compatible with iOS and Android via Bluetooth, but unfortunately, the amp simulator aspect through IK Multimedia’s flagship Amplitube app is only available with an iOS device. That’s not to say that a comparable guitar simulator on Android won’t get the job done, I just haven’t tested it.

On the Bluetooth side of things, iLoud is a breeze to use. Pair it with your device using the “pairing” button on the back of the device, then launch your Bluetooth settings and get connected. From there, you’ll have the ability to stream your audio straight to iLoud. The great part about this wireless speaker system is, not only is it packing 40 watts of power, but it’s also designed with a flat frequency response. This means that you’ll hear the audio as intended by its creator. Nothing is tuned to glorify high, mid, or low frequencies. Just pure righteous audio. Don’t have Bluetooth? No problem. Just use the included TRRS cable as an auxiliary cable and you’ll be set and ready to go. 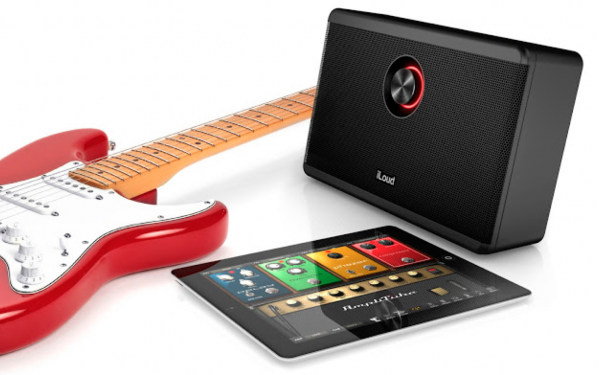 Using iLoud as a guitar amp is fairly simple as well. Plug your iOS device into the input jack on the back of iLoud using the included TRRS cable, fire up Amplitube for iOS, then plug in your guitar using the built-in iRig jack. iLoud will create a loop with your iOS device. Since your guitar is plugged into iLoud, it sends that signal to the connected iOS device, processes it through Amplitube, then sends it back through iLoud’s speakers. It’s quite amazing in my opinion and sounds excellent. Of course, tone is always going to be a matter of taste, and trust me, this is not going to replace your half-stack, but it definitely gets the job done (and gets it done very well) when you’re on the go.

If that wasn’t enough, iLoud is powered by a built-in rechargeable battery. Yup. Plain and simple. IK Multimedia says that iLoud will last up to 10 hours with regular use, but only up to three hours when the volume is at 100 percent. That’s pretty awesome if you ask me. Included in the box is a power/charge cable that will allow you to “juice up” iLoud and take it just about anywhere you’d like to rock out.

Overall, I’ve had a very enjoyable experience with iLoud. I highly recommend that you check out the video review above to get a better idea of what iLoud has to offer. If you’d like to pickup iLoud for yourself, it’s available here for only $299.99. Check it out and let me know what you think in the comments.