Along with the release of iRig HD, IK Multimedia launched a brand new version of AmpliTube. Version 3.0 adds a brand new mutlitrack studio that’s perfect for getting out song ideas or complete compositions. Recently, I had the chance to get hands-on with iRig HD and AmpliTube 3.0 and put together a nice video demonstration.

AmpliTube Studio is very well thought out. The workflow is simple and works just as you’d expect. If you take a look at the video overview on iRig HD/AmpliTube, you’ll get a better idea of how the two work together. I’ve been playing music and recording for over a decade now, and in my opinion, AmpliTube Studio and iRig HD bring the best mobile recording solution for guitarists and bassists.

First, you’ll have the option to start out your creation process by adding a sequence of drum beats within AmpliTube Studio. Choose between different genres and patterns, then drag and drop them into place on the drum sequence track.  Each audio track has assignable effects so you can mix and match your guitar tones while recording.

AmpliTube remembers the signal chain setup per track so you can go back at any time and “re-amp” or try a different set of effects on your material, just like you can in a studio DAW program with plug-ins on a studio computer.

Recording within AmpliTube Studio is very easy. Plug in iRig HD, launch the app, arm a track, and hit record. Use the built-in metronome and per-track effects to create something awesome. While taking AmpliTube studio for a test drive, I put together a little song that shows off this powerful update and the high quality sound that you’ll get with iRig HD. Listen to the song below or download it using this link.

Check out the song i created with iRig HD and AmpliTube 3.0:
[powerpress url=”http://www.macmixing.com/audio/Doms-Song-iRigHD.mp3″]
Overall, I had a blast recording a demo song with AmpliTube studio. I won’t get into too many specifics in this article, but I encourage you to check out the video overview and demonstration above. I’ve included more information on how AmpliTube Studio works and just how easy it is to use. 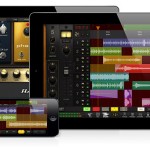 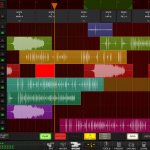 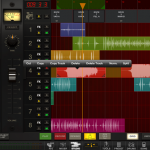 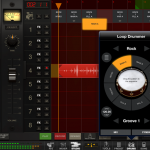 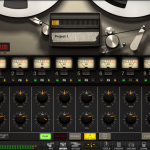 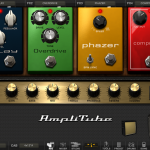 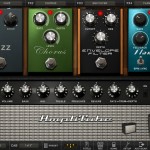 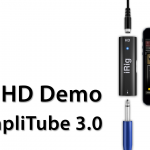