Gruvtron is one of the simplest music creation apps we have worked with. There are no crazy instructions, no learning curve, just tap and play! Gruvtron does all the work for you, which leaves you all the time in the world to have fun. Grutron has a defining grid layout upon launching the app. The grid is compromised of 30 squares. All you need to do is touch a square to start “jamming”. If you move a square to the left or right the note changes pitch. If you move a square up or down the patterns alter in complexity. You can also hold down as many squares as your fingers can handle for the trickiest of patterns. If your fingers can’t hand that, don’t worry SoundTrends included a “Hold” button so your fingers wont have to.

Gruvtron gives you more than 40 sounds to create limitless patterns from.  To the left of the grid you will so a slider bar. This acts as almost a modulation wheel, distorting the sound as you move up and down on the bar.  Some of Gruvtron’s features include:

Honestly, with Gruvtron even the “non-musician” can be up and running, making great music within MINUTES of opening this app. Just to test the waters on that scenario I gave the iPad to my eleven year old daughter with no instruction. She figured it out in like a minute and wouldn’t give me back the iPad for a couple hours. Gruvtron is a music creation gem and we would recommend it to anyone looking to have fun and make great sounding music! 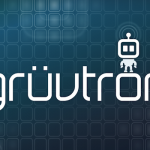 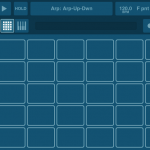 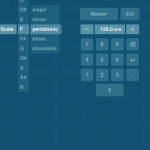 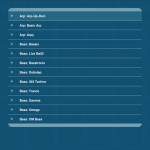 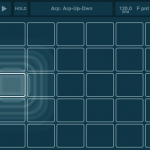 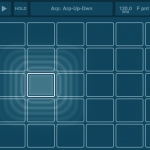 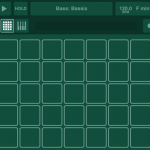 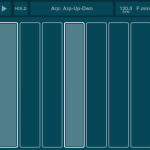