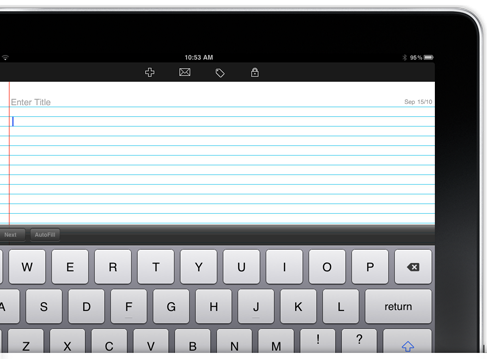 YouTuber, Daniel Chase Hooper, put together a concept video that seems to make text editing on the iPad a breeze. The concept video shows something that really isn’t that hard to achieve.

The concept is described as:

Take advantage of gestures by making a drag over the keyboard UI move the cursor. Move the cursor in word increments when dragging with two fingers. And finally, let the user select text while dragging when they hold down shift.

It’s pretty cool and I could actually see this being implemented. Could be buggy, but if it works as well as the video demonstrates, I’m all in!