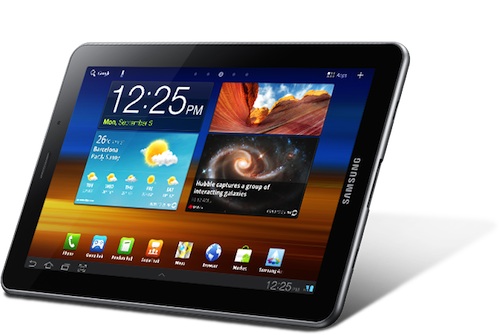 Looks like some of the Apple and Samsung battles are coming to an end. Apple has recently won an expanded ban on the Galaxy Tab 7.7…

This is great news for Apple and horrible news for Samsung. Slowly their tablets are being banned throughout different countries. The odd part is, Apple was denied the ban against the Galaxy Tab 10.1N which isn’t a first for Apple.

Well at least they’ve knocked one more outta the park. But the battles continue for Apple’s attempt at a worldwide ban on all Samsung products. I honestly wonder how many products they’ll be able to have banned. Let’s start a tally.