Apple just released an update to the Apple Store iOS app. The update includes a few performance enhancements and a couple other goodies for in-store purchases…

With the new update you can now have iWork preinstalled on a new Mac.

According to the update notes:

– Now get the option to have Pages, Keynote and Numbers pre-installed on any MacBook Air, MacBook Pro, iMac or Mac Pro.
– Performance enhancements to make it easier to shop for Apple products on the go.

Did you know that you can also self-purchase items using the app in an Apple Store? Seriously… Just grab a product off the self, connect to the Apple Store WiFi network, scan the item, pay for using your Apple ID, and walk out of the store. The in-app feature is called EasyPay and it’s pretty neat! It’s nothing new, but I thought I’d let you know just in case you have never given it a shot. 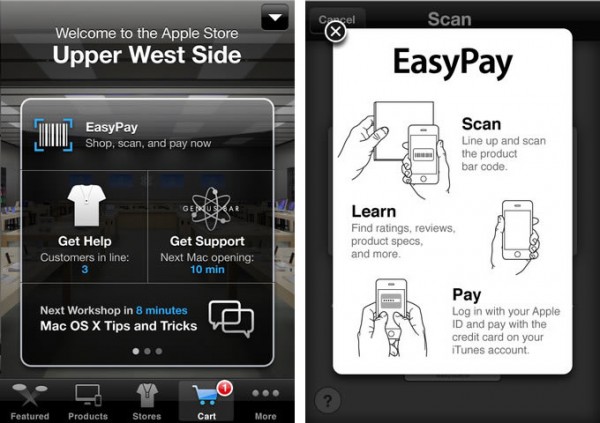 I’ve done it a few times, it’s a pretty nifty feature. You don’t have to talk to anyone, just get what you came for and leave. Obviously there’s an exception to this feature though. It’s not currently possible to do this with any actual devices like a MacBook, iPad, or iPod touch. But any accessories on the shelves are open to self-purchasing.

The Apple Store app is available for free in the App Store.