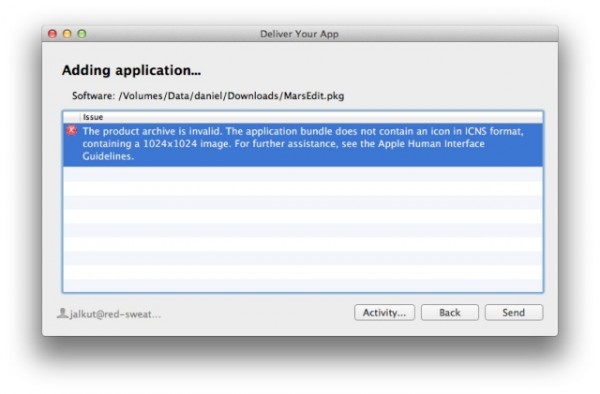 Back in May, Apple Insider discovered a new update to Lion that brought high-res 1024×1024 icons to a few key apps in OS X. The icon size update was later attributed to the new MacBook with Retina display, which utilized the larger icons. According to TUAW, developers are reporting that the Mac App Store now requires the same sized icons to be submitted…

The Mac App Store won’t even allow developers to submit their apps without meeting the icon requirement. It seems like a waste of space considering the only Mac that will utilize the larger icons is the Retina MacBook. But it also does help seal the deal on future Retina display Macs.

If the developer does not include the required icon sets including a 1024×1024 icon, the Mac App Store will not allow the submission to take place. The downside to this whole scenario is that app package sizes are getting bigger, which means storage space will run out faster.

What would you rather have, more storage or high resolution?

Source: TUAW via Cult of Mac