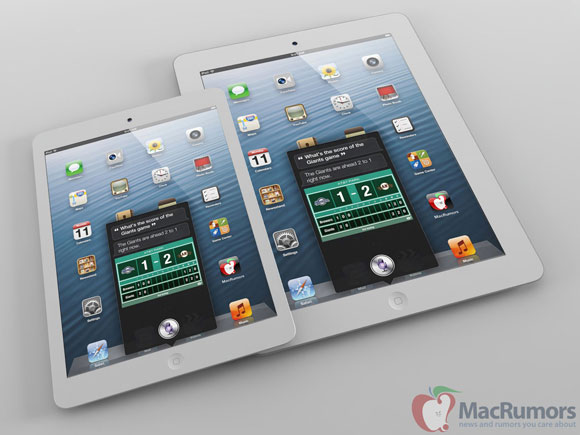 Having trouble believing that Apple will release an iPad mini? Don’t worry, you’re not alone. I’m somewhat skeptical as well, but the Wall Street Journal isn’t.

According to MacRumors, WSJ has reported that Apple recently ordered parts for 10 million iPad minis for the fourth quarter of this year.

Some component suppliers to Apple in Asia say they have received orders to make more than 10 million units of the smaller tablets in the fourth quarter. That is roughly double the order that were placed for Amazon’s Kindle Fire tablets in the same quarter, these suppliers say.

The figure indicates that Apple believes demand for the product will be strong, despite stiff competition in the market.

The Wall Street Journal also reported that Apple is in mass production of an iPad mini. These rumors come from credible sources, but we won’t know until a keynote actually happens. Recently, several mockups and leaks surrounding the design of this tablet have surfaced, giving us a great idea of what to expect.

If you’re still doubting this, we’ll all find out soon enough. Apple is rumored to have a keynote for this mythical tablet on Oct. 17, 2012. Invitations should go out by Wednesday, so stay tuned.