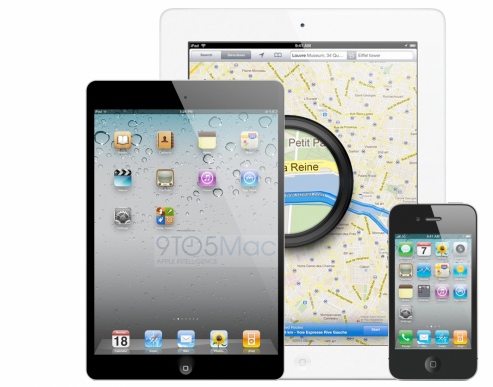 This is one of those rumors that I’m still kind of unsure about. The lack of hardware leaks surrounding an iPad mini, really leads me to believe it doesn’t exist. But now Fortune has the scoop on a possible keynote date.

This is a rumor we have no reason to believe except it comes from a major Apple (AAPL) investor who says he’s heard it from “multiple sources.”

The investor says that the keynote will be held on Oct. 17, 2012, and that invitations will be sent out around the 10th. Interestingly enough, Apple’s latest model iPods are expected to be released sometime later this month too. Could Apple announce the iPad mini, and officially release these iPods during this rumored keynote?

According to our source, who asked not be named, there appears to be some truth to the widespread rumors that Apple is preparing to launch a smaller and cheaper version of the iPad — often called the iPad mini or iPad air and usually described as having a 7.85-inch screen.

What our source adds is the specificity of a date: The press, he says, can expect invitations to go out on Oct. 10.

If the rumor is true, and if Apple follows its usual scheduling protocol, that would suggest a special event to unveil the product on Wednesday, Oct. 17, with a launch day of Friday Nov. 2 — plenty of time to capture holiday sales.

Well, if invitations are being sent out on the 10th, we should know in nine more days if this rumor is true. Sit back and relax everyone, it’s going to be a long nine days.