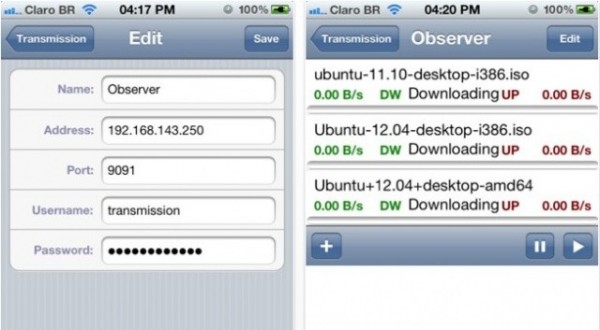 That title sounds a bit fishy right? Apple approved a Bit Torrent client for iOS… Well not exactly but it’s still kind of strange that this new app made it through the gates…

Apple has a strong stance on Bit Torrent clients in the App Store, and for obvious reasons. Majority of the web uses torrents to pirate music, movies, and software. But this new app doesn’t do exactly what you’d think. It’s actually a remote for Transmission on OS X.

The app doesn’t allow you to download files on your iOS device, it simply initiates them for download on your Mac running the Transmission app. Think of it as a remote control for Transmission.

The description of the app clearly states this:

The transmission rpc is a application that connects to a transmission server thru network to perform the download.

Transmission RPC is available on the App Store for $1.99. Something tells me this won’t last very long though, given the nature and common use of bit torrents. That being said, we don’t promote the use of torrents for pirating anything. It’s illegal!!

Source: AppAdvice via Cult of Mac