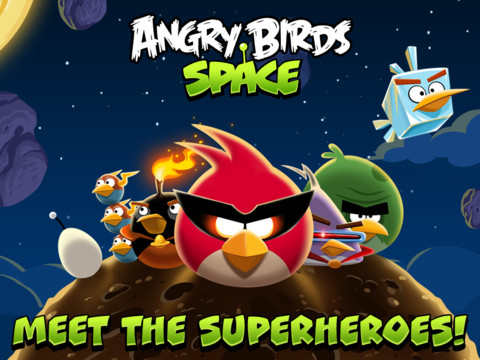 Yes indeed, below is a tweet from the official Angry Birds Twitter account. The newly hatched egg in the Angry Birds series has seen massive success from their launch day. On March 22nd, Angry Birds Space was released for iOS, Android, Mac and PC and was downloaded 10 million times. These are crazy numbers.

10 million Angry Birds Space downloads in less than 3 days! Thanks to our fans, stay tuned for more! #angrybirdsspace

Just think about the money involved there… 99 cents an app, downloaded ten million times… Someone’s sitting on a very happy payday right about now. Angry Birds Space is a pretty interesting game. I’ve had people tell me how stupid it is, and how “all they do is change the background and put out a new game”. I strongly disagree with those comments. You really have to play the game to understand what I mean.

Angry Birds Space has a whole different concept including a gravitational pull, obviously because the birds are in space this time. Rovio Mobile has experienced great success with the Angry Birds line expanding to almost be bigger phenomenon than than the Justin Bieber craze. You can find just about any product with Angry Birds branding.

Congrats to the Angry Birds team for all the success. This game looks amazing on the new iPad‘s Retina Display as well.

If you want to experience this game on a Retina Display you can totally do so by entering our New iPad Giveaway. Click here for the details…