Twitpic Has a New App for iPhone 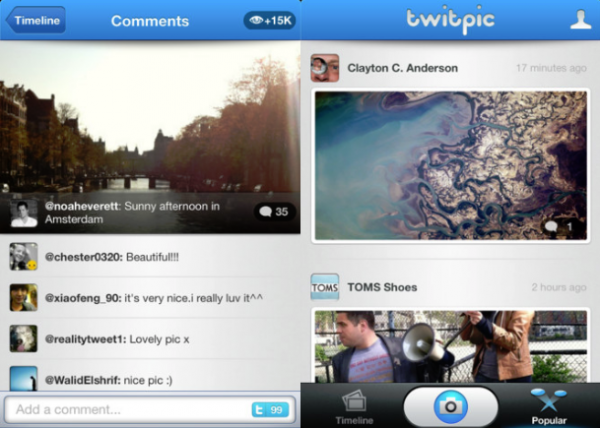 Twitpic is a photo sharing service that you’ve probably seen used in association with the Twitter app. It’s been around for a while now and I guess they decided to release an iPhone app. Personally I didn’t see the need for a Twitpic app really, but after further investigation there’s at least one cool reason…

Upon downloading the app you’ll have the ability to log in with your Twitter credentials. The best part about Twitpic is it will fill your “Timeline” within the app with pictures you’ve shared over the last four years if you’ve previously used the sharing service. For the most part this service is set as default in Twitter apps, so I’m sure you’ve used it at least once if you ever shared a picture on Twitter.

Other than that, the app doesn’t serve much of a purpose. I don’t think I’ll find myself taking and sharing pictures through Twitpic. The new app does have editing features such as crop, effects, brightness, etc… But It’s nothing unique. We’ve seen and in my case, already use these features in Instagram and Camera+.

Check out the release notes:

But if anything, the app is free, so go ahead and check it out. You may uncover some long lost photos of something random you shared on Twitter four years ago.